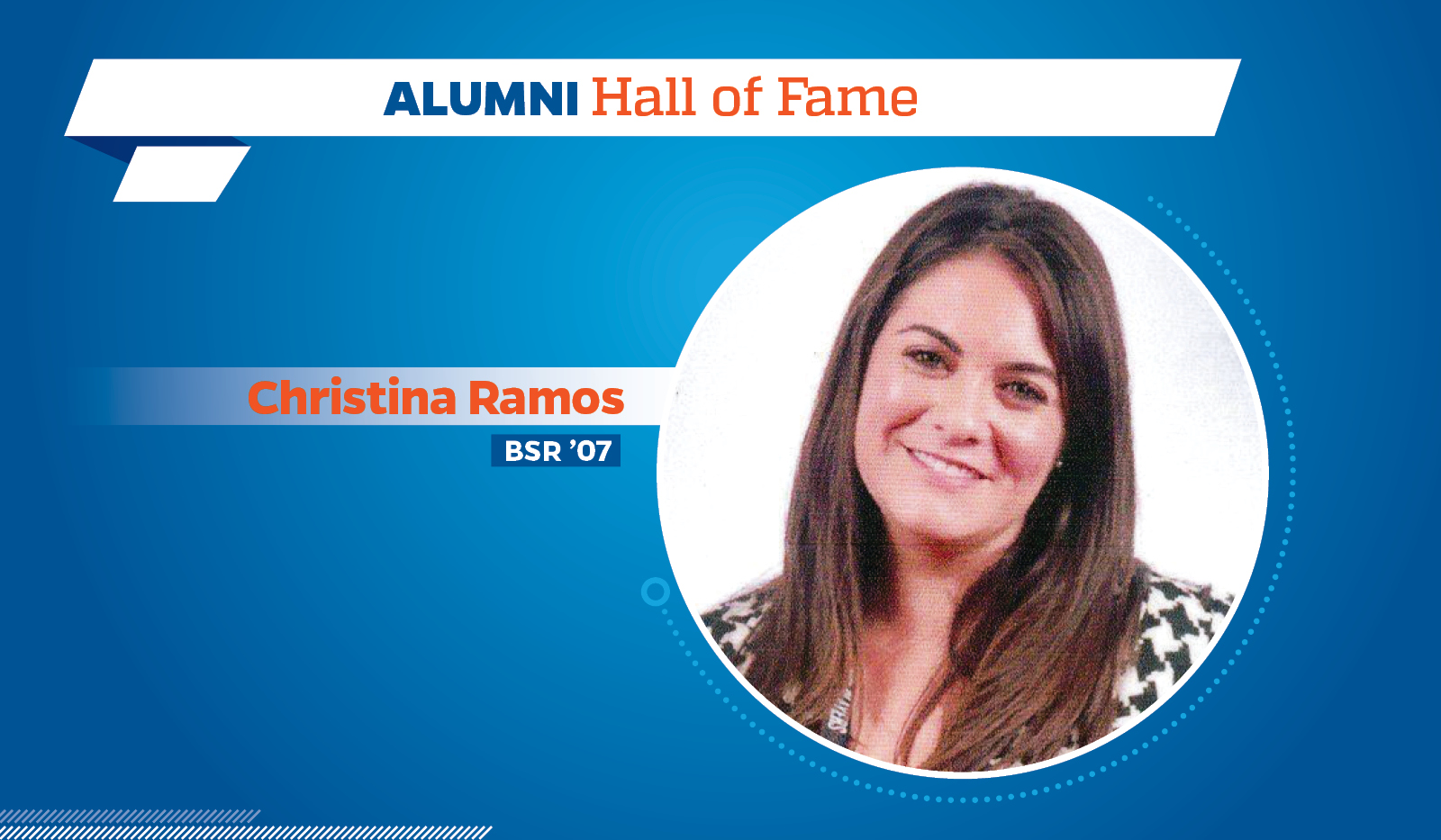 Christina M. Ramos began her career at the University of Florida interning with Gator Boosters Inc. and working as the assistant director of Gator Gala, which celebrated 100 Years of Gator Football. Following her experiences at UF, Ramos went on to work for the Orange Bowl Committee in 2007. During her tenure at the Orange Bowl Committee, Ramos served in many roles and was promoted to vice president of marketing in 2019. During her time in South Florida, Ramos founded the Women In Sports & Events South Florida Chapter.

Ramos currently serves as vice president & community care advocate for Touching Hearts at Home, a company that her family owns and operates in North Central Florida. In her role, she enjoys giving back to community and being an advocate for seniors. Ramos was named chair of the 2021 Gainesville Walk to End Alzheimer’s and serves on the development committee for ElderCare of Alachua County and the board for Catholic Charities. Her motivation to provide exceptional care and support for seniors is influenced by her grandmother with dementia.

<< BACK TO SPRING AWARDS