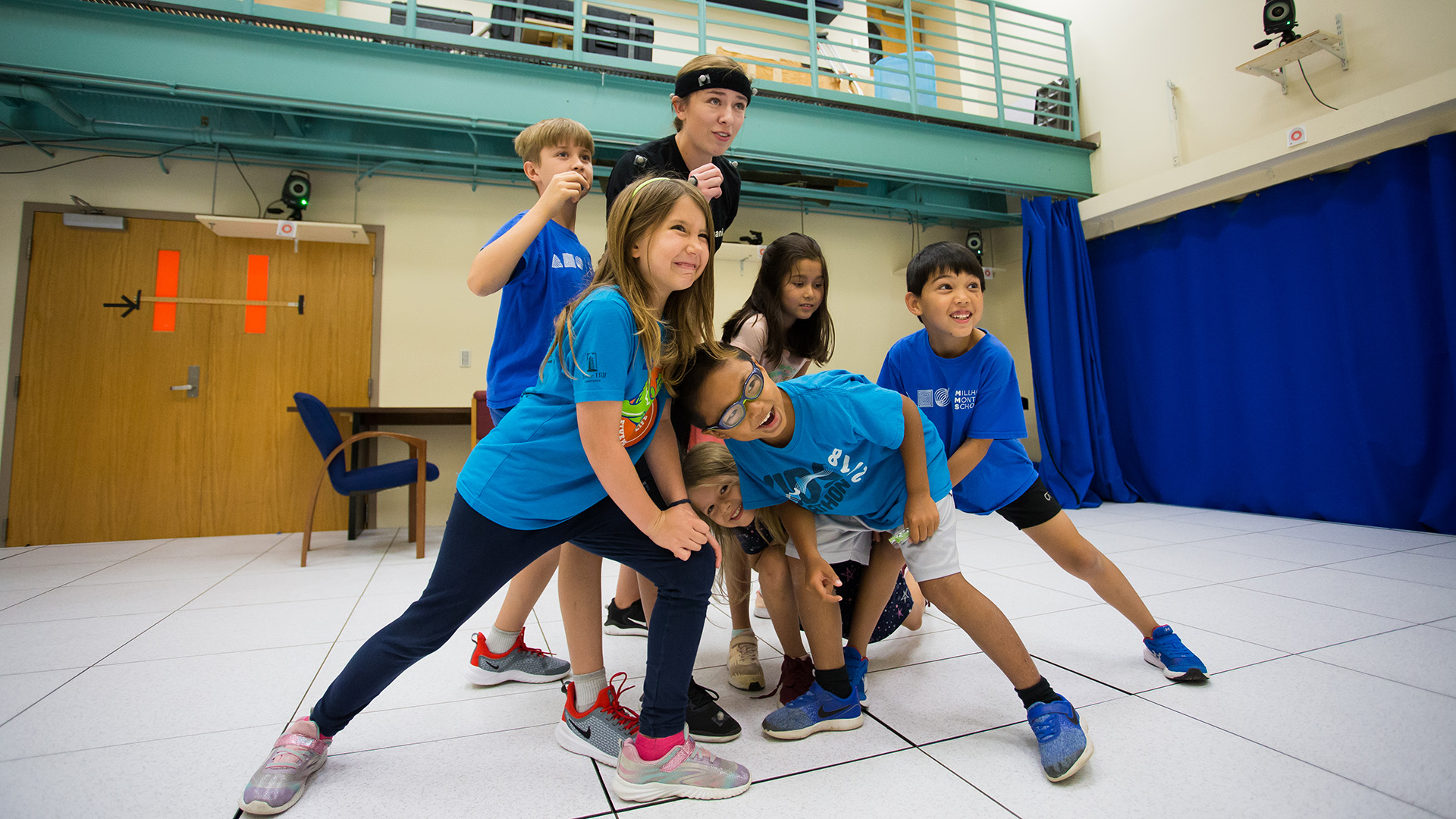 Over 70 years ago, the Florida Gym was known as Alligator Alley. Each game, the loud noises from the Gator crowd made play almost impossible for visiting teams.

But on April 10, the old Alligator Alley did not face an ordinary home game. Instead, its deafening “crowd” seemed to be twice as energetic and four-times as young!

On Wednesday, April 10, the University of Florida hosted its fourth annual National Biomechanics Day (NBD) inside its doors. This year’s event, which was co-hosted by Chris Hass, Ph.D., and Jennifer Nichols Ph.D., brought an immersive learning experience to around 55 elementary school-aged children.

Founded in 2016 by former President of the American Society of Biomechanics, Paul DeVita, Ph.D., NBD has become an international celebration of STEM and STEAM educational initiatives for K-12 students. Each year, over 20,000 students and 800 teachers participate in interactive science labs and other activities.

This year, HHP and the Herbert Wertheim College of Engineering put their spin on the event through the theme “Science Meets Fun at National Biomechanics Day.” Students and faculty from four departments and 10 labs, including the Department of Applied Physiology and Kinesiology, ran miniature experiences to highlight principles of movement science in daily life.

During the three-hour morning event, students rotated through stations that explored scientific concepts such as fluid mechanics, computer modeling and balance. Each exhibit was “hands-on” so students could be directly involved in the action.

According to DeVita, the event’s goal is to move typically college-level biomechanics education into the K-12 sphere. Through National Biomechanics Day “biomechanics” may soon become a word used in households across the world.