a gator gives back

HHP grad David Sobelman parlayed challenging formative years into a desire to succeed and to give back. 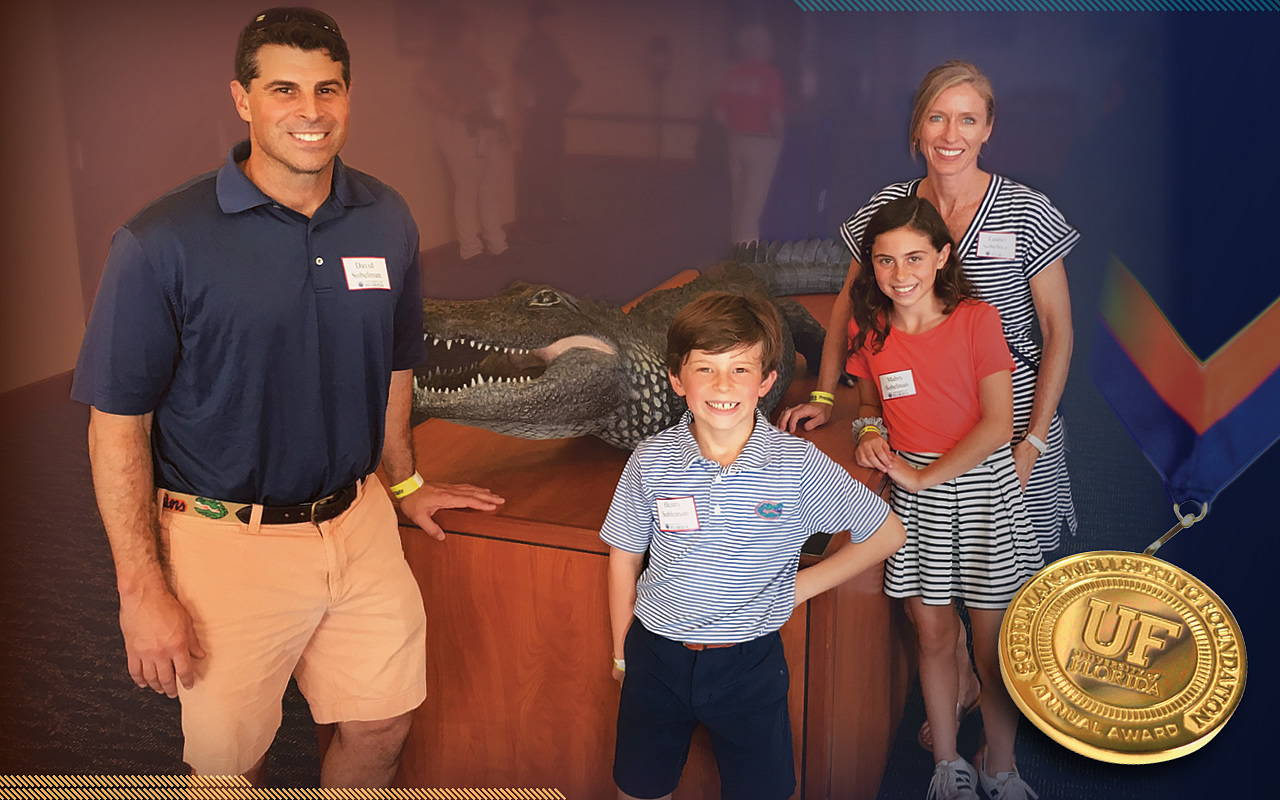 David Sobelman’s time at UF was one of the most influential periods of his life. With his Gator degree he’s figured out how to use his experiences from his time in Gainesville to forge a career in real estate investment.

In the 1990s and 2000s, he lived in Washington, D.C. and worked for the federal government. Living in that area piqued his interest in exploring a career in real estate. Today, he focuses on triple net lease investments, a niche type of commercial real estate, in which he has founded three companies that service different aspects of the asset type. Generation Income Properties is a public company that focuses on purchasing assets that are tenanted by some of the country’s largest companies. 3 Properties is a brokerage firm for triple net lease investments. Sobelman also partnered with Greg Smersh, a professor at USF, and Noah Shaffer, a grad student at USF, to formulate an algorithm that helps derive a more accurate value for real estate assets. “It’s amazing how math and technology, combined with millions of lines of data, can completely alter the way you look at an entire industry,” he said. “It’s nice to have a true hunger for your professional work, so much so that I would consider myself a real estate nerd.”

As a first-generation college student raised by a single mother, he learned determination through the examples of his mother’s actions and sacrifices. His other motivators include his wife, Tanner, who has shown him that kindness and grace always win, and a group of 20 childhood and Gator friends who go to Lake Tahoe every year — for the last 28 years. They serve as a reminder of how fortunate he is to have such great examples of tremendous relationships and how impactful they have been in his life. For those who are considering higher education, he says to do it when it’s right for you, as the work, effort and sacrifices made during your educational years show your ability to accomplish tasks and persevere. “They are meaningful traits in which most people assign a high value to as you develop your professional life,” he said.

When going through a challenging time, he was not able to keep up with his studies and received a letter stating that he would have to sit out for a semester. While not in school, he worked to prove himself to former dean, Dr. Jill Varnes, and he has never forgotten the influence that she had on his life. “Her decision to allow me to finish my degree was one that truly altered my life, allowed me to say that I graduated from UF, and she showed me that second chances should not be squandered,” he said.

Sobelman’s educational experiences led to a motivation that he still carries into his professional endeavors and proved what he was capable of accomplishing. “Without her recognition of my desire to change my course in life, I’m not sure where I would be today,” he said. “Her decision to ‘dock’ me a semester and ultimately reinstate me was the turning point in my life. I not only became motivated to succeed, but overly motivated.”

His degree is something that he uses regularly as his background allows him to cope with the stresses of everyday life. Before a knee injury and two surgeries, he completed five Ironman Triathlons around the globe including the most well-known race in Kona, Hawaii. “I continually use exercise as a way to try to balance my work, family and personal lives,” he said. “It’s also really cool to explain the anatomy of a colleague’s injury to them and watching their face as I go into a cursory physiological diatribe because their initial perception of me is usually that I solely studied finance or economics.”

Sobelman’s affinity for UF led his family’s foundation to establish the Sobelman-Wellspring Foundation Award, which recognizes a current UF student who has made substantial and outstanding contributions toward fostering diversity, inclusion and intercultural engagement both on campus and in the Gainesville community. The Sobelman Family and their foundation share the goal of bringing young people of diverse backgrounds together to learn from one another and understand worlds beyond their own.