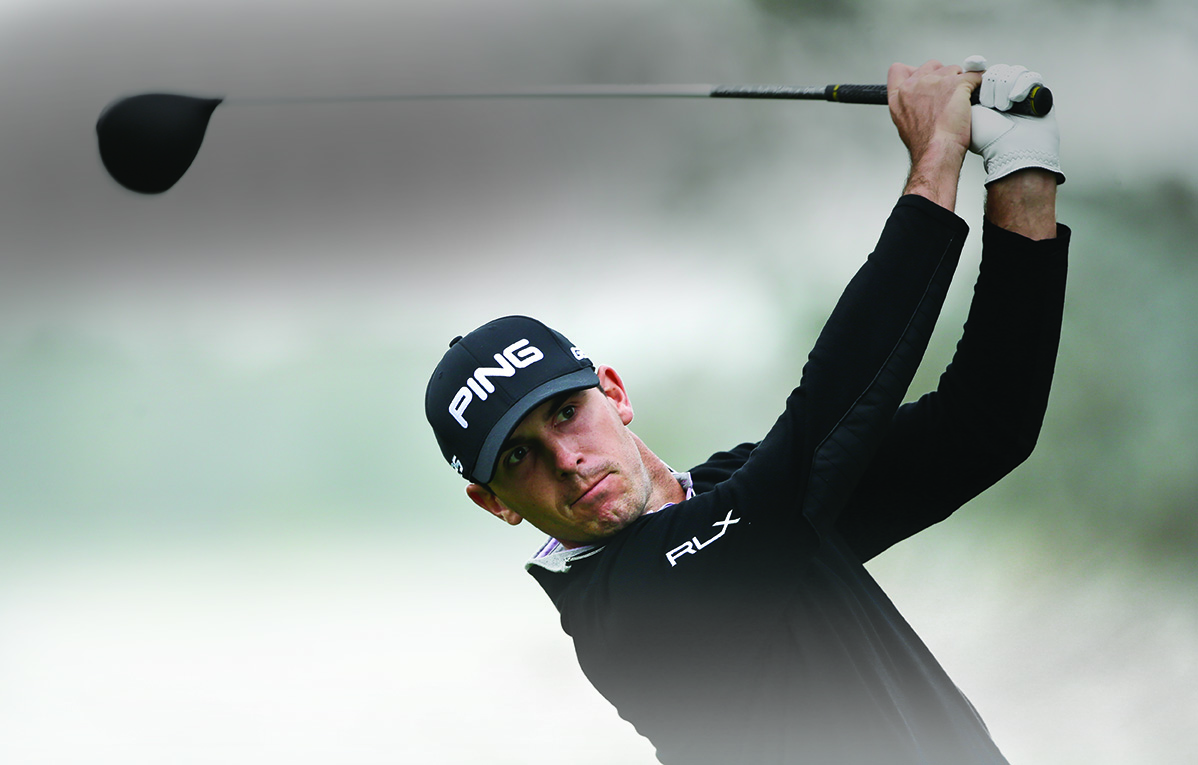 Golf wasn’t the only sport in which Billy Horschel (BSSPM ’09) excelled. Throughout his youth he played baseball, tennis and football, in addition to the sport for which he’s now famous. But, golf started for him at a very young age. He would go out in the backyard with his father, a single-digit handicap golfer, and just started swinging the club. “I wanted to follow my dad and do what he did,” he remembers.

“I always knew I wanted to be a professional athlete, and when I was 15 or 16 years old I shifted that focus solely to golf,” says Billy Horschel, PGA Golfer and HHP Alumnus. “Right after my freshmen year of college, I realized that dream could come true.”

With hours of practice and endless amounts of determination, Horschel earned a golf scholarship to the University of Florida. He was a four-time All-American, including three first team honors, and the Southeastern Conference (SEC) player of the year in 2007 and 2009. He was also a 2008 PING southeast all-region selection. While at UF, he concentrated his studies on a Sport Management degree from the College of Health & Human Performance (HHP).

“The financial side of sports was always so interesting to me. I remember taking a sport business class at HHP that explained how money is worked into facilities and infrastructure of sports teams and how athletes are paid. It was fascinating. If golf wasn’t meant to be, sports would still have been a part of my life,” Horschel recalls.

But, it turns out golf was definitely meant to be. Horschel turned professional in 2009 and after several years slowly moving up the PGA ranks, he celebrated his first win in 2013 at the Zurich Classic of New Orleans in his 61st PGA Tour start. Horschel earned his second win at the 2014 BMW Championship and moved to 23rd in the world rankings. The next week, he won The Tour Championship and with it the FedEx Cup. Two weeks later, he and wife Brittany welcomed their first daughter, Skylar, into the world.

“I always thought golf was the biggest thing in my life and in a way it has been. But, when I found out Brittany and I were expecting Skylar, I realized golf was a big deal, but not as big as I had made it. Skylar put things into perspective for me. Also, having an infant teaches anyone a huge lesson in patience, it’s hard, but she’s the best,” gushes Horschel.

While most people play a round of golf to relax from their everyday lives, Horschel takes to the slopes to get away from “the office”. Four years ago, he took up snowboarding and since then has gone to the mountains every winter to clear his head and get away from the greens.

With Horschel’s success on the golf course, he and Brittany embrace the spirit of giving back. They are actively involved in a Jacksonville-based food bank called Feeding NE Florida (feedingnefl.org) dedicated to providing meals to people who don’t have food on a regular basis. They also volunteer with Habitat for Humanity (habitat.org).

When trying to think of the best advice he’s been given, he confesses he is sure it’s from his dad, but can’t recall a specific nugget. In the end, he knows what he’s learned from his parents, “Always work hard. As long as you’re working hard, feel like you’re doing the right things, and maybe take a few punches along the way, success will follow and it will be rewarding.” And so it has.